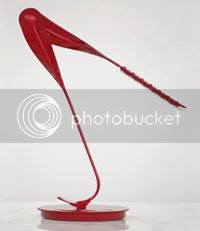 The Leaf Personal Light from Herman Miller, Inc., has been feted by TIME Magazine as one of the Best Inventions of the 2007. The LED (light emitting diode) table-top light was noted for its energy efficiency and sleek design.

Richard Stengel, managing editor of TIME, defines the selected products as the coolest stuff from the most innovative minds in the world. He adds, "When you're dealing with complex technology, you can't overestimate the importance of good, clean design."

The Best Inventions of the Year appear in the publication's November 12, 2007, issue.