Herman Miller, Inc., is celebrating multiple honors this week at the NeoCon 2011 World's Trade Fair in Chicago, June 13-15. NeoCon is North America's largest exhibition of contract furnishings for the design and management of the built environment. The annual gathering of design professionals, corporate end users, and furniture dealers recognized the company in three separate awards including Healthcare furniture.

Geiger also received a Silver award for their Sotto Executive Chair in the Ergonomic/Task Seating category. Designed by George Simons Jr., Sotto is suited for the management environment that appreciates a quiet design statement.

In addition to product accolades, Herman Miller also received the "2011 Manufacturer of the Year Gold Award," presented by the Office Furniture Dealers Alliance (OFDA). The industry association for independent U.S. and Canadian office furniture dealers annually surveys its membership for their opinions on industry manufacturers. The awards are then presented in conjunction with the NeoCon gathering. This is the fifth time in six years that Herman Miller has received the top prize among major manufacturers.

The best of NeoCon awards, now in their 22nd year, are sponsored and organized by the International Interior Design Association, the International Facility Management Association, Contract magazine, the McMorrow Report, and Merchandise Mart Properties, Inc.
Have an office in New Jersey?
bfi is one of Herman Miller's largest office furniture dealers in NJ. Request a call and let one of our friendly representatives assist you with your office furniture and healthcare furniture needs.
No comments:

On June 8, 2011 Herman Miller received the Gold Award for Compass in the category of General Hospital Devices and Therapeutic Products at the Medical Design and Manufacturing East (MD&M East) exposition held at the Jacob Javits Convention Center.

Receiving this award for a Hospital Product further differentiates the fact that Compass is just not yet another piece of furniture!
See the Winners!
Are you located in New Jersey?
Click here to request a call for more information about this product from bfi, one of NJ's largest Herman Miller office furniture dealers.
No comments:

Came across this interesting article on the Changing Scene of Healing

Change affects all areas of healthcare organizations, and none more so than the patient room. It is there that the issues faced by the major players in healing environments—administrator, caregiver, family member, and the patient – all come into sharp focus. And as hospitals continue to build new or renovate existing facilities, it is imperative that patient rooms be designed to adapt as well as enrich the healthcare environment for all involved in the continuum of care.
Read Entire Article: http://www.wphospitalnews.com/patient-rooms-a-changing-scene-of-healing/
No comments: 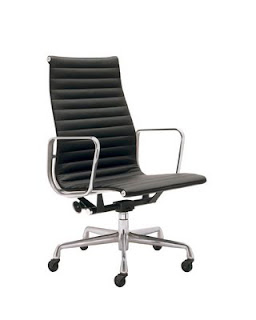 First introduced by Herman Miller in 1958, the Eames Aluminum Group was designed by Charles and Ray Eames, and originally promoted as the “leisure group” or “indooroutdoor group.” Though intended for outdoor use, it wasn’t long before the collection of iconic seating moved inside exclusively, perhaps due to its lithe form. Today, Herman Miller has returned the Aluminum Group to its original outdoor intent. The 53 year old design is in the permanent collections of numerous design museums worldwide.
No comments: 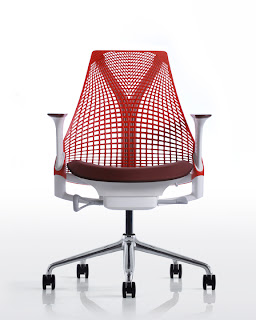 The SAYL chair from Herman Miller, Inc. continues to garner critical praise, most recently “Product Design of the Year” from the 2010 International Design Awards (IDA) jury. IDA was established in 2007 as a way to recognize and celebrate smart and sustainable multidisciplinary design. This year there were more than 400 entries in the Professional Product Design category, with designers from more than 76 countries submitting their work for consideration.

SAYL is the first chair with a 3D Intelligent™ suspension back. This full-suspension back is literally frameless, offering no hard edges. Freed from a rigid exterior frame, the back suspends and supports much like the principles of a suspension bridge. This lets the chair adapt to a person’s unique shape and movements, giving proper support all the while.