How a Conventional Office Can "Go Collaborative" (and Save Money) 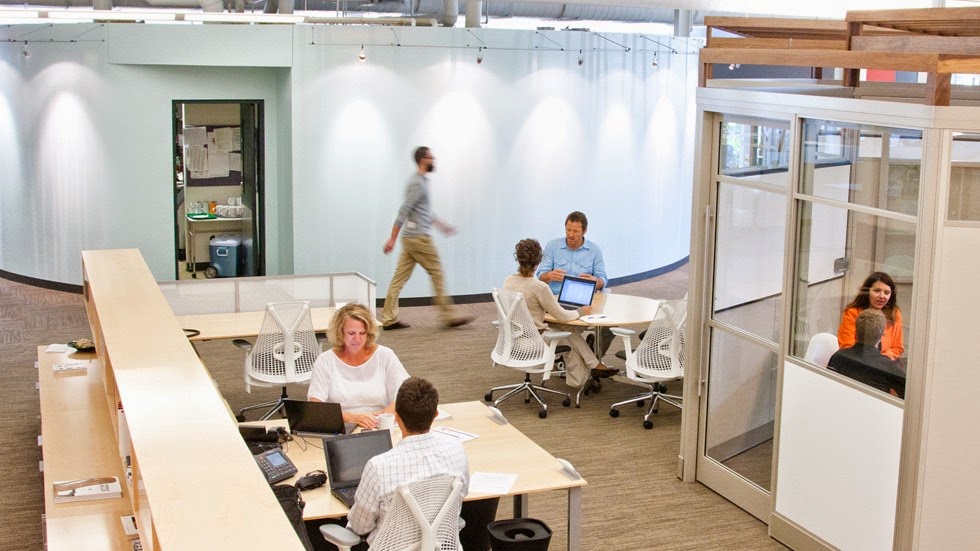 There’s been a seismic shift toward collaborative work in the last 30 years. In 1985, just 30 percent of an individual’s output depended on working within a group; by 2010 that figure was up to 80 percent. No wonder private offices are unoccupied 75 percent of the time and workstations sit empty 60 percent of the time.

In addition, conference rooms are frequently booked but not occupied and occupied without being booked. Work is moving so quickly that it’s difficult for people to plan ahead. What’s needed, says Dr. Tracy Brower, director of Herman Miller Performance Environments, is a greater variety of informal areas that give workers a choice about where and how they interact.

A conventional work environment can make the transition to a collaborative one—and do it in a way that increases density and lowers real estate costs. Download the research report to see how.