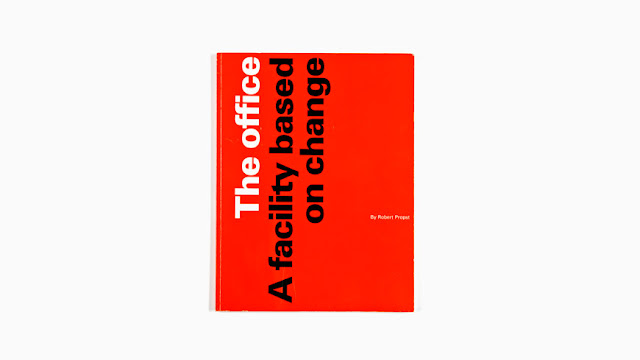 
I recently attended a seminar at Herman Miller that made me wonder how far workplace design has really progressed in the last 50 years.

The seminar focused on the 1968 book The Office: A Facility Based on Change, by then-president of Herman Miller’s Research Corp, Robert Propst. He was drawn to the challenge of rethinking office life, which he saw as sedentary and unproductive, and ultimately unsuited to the diverse needs of workers.

Propst noted that although “office work has undergone a revolution; the physical environment lags behind”, observing that workers had multiple responsibilities, but these were not being supported by multiple work stations.