I recently had the opportunity to interview Ellen Hains, our new Branch Manager, in our New York office. 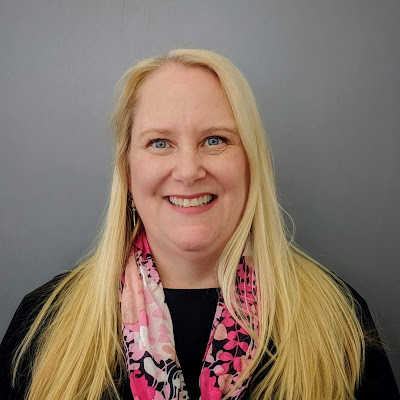 When you were growing up, what did you want to be?
A race car driver. I grew up in suburbia and I think getting in your car and having a Sunday drive was very special. I was born in the sixties and the idea of having a nice car was a luxury. I was the youngest, so I sat in the front seat with my parents and they would sometimes let me steer the wheel. There was something about being a race car driver that just seemed appealing and dangerous. To this day, my father still says I am the best driver in the family.

What and where did you study?
I went to CW Post College which is Long Island University. I was originally studying TV/radio which evolved into public speaking, but my degree was in Speech Communications. It became clear that I was going into sales, so it was important that I learn to present and engage with people.

How and when did your career in this industry begin?
I was working in New York City in advertising sales but I was not loving it. My roommate at the time was someone that I grew up with from my hometown. She had just gotten a job as a receptionist at the Haworth showroom in New York. I started hanging out with her and some of her work friends. One day I came home, and I said, “I can't do this anymore” and she said, “Oh, one of our dealers is looking for somebody”. That is how I got started. This past February was 30 years in the office furniture industry.

What is the most important trend or change you see in the industry today?
This is going to age me, but it boils down to computers. When I first started, there was not a computer on every desk. I remember only designers had computers because they were learning AutoCAD. We typed on a typewriter and sent quotes to people via fax. The Internet and computers are really what has changed our industry so much. Now we can work everywhere and just about anything that you need, you can get on the Internet. You don't even need to have binders. You can simply assemble everything from your computer.

If you could meet one person in history, who would it be and why?
I'd probably have to go with someone like Queen Victoria or Joan of Arc. Someone who is a strong woman, overcame adversity, and had to lead when most people didn't think that a woman was capable.

Who was the greatest influence in your career?
My first job in the industry was working for a Haworth dealer here in the city and it was run by a very dynamic woman, Rosalie Edson, who retired from the industry last year. As a mentor, I couldn't have asked for anyone better. She started selling hats at Lord & Taylor in New York when she was sixteen years old. She went into her family's garment business and took over the furniture dealer from her husband and built it into a major force here in New York. She taught me everything that I know. There are many ways to sell but when you find somebody who is very successful, stick by them, listen to them, see how and what they do and then make it your own. Rosalie taught me so much about the industry, about people, about relationships and what's important to be successful in our industry.

If you could learn a new skill, what would it be?
I would like to learn a second language. I know enough to be dangerous when I'm traveling. I know a little Spanish and a little French. The ability to speak another language is a skill I would love to have.

What three adjectives best describe you?
Positive - Energetic - Tenacious. It may be a little New Age kind of thinking, but I believe that what you put out into the world is what you get back. I believe in thinking about the most positive outcomes and treating people with respect. I feel like it comes back to you.

If you could have two superpowers, what would they be and why?
I would want to fly. One of my loves is to travel so if I could take myself there, that would be amazing. A second superpower might be super strength.

What do you enjoy doing in your free time?
My passion is to travel. I love to go to exotic lands and faraway places. I try to leave the country at least twice a year because it's so great to meet people from different cultures and to experience their day-to-day lives, the food, the architecture, etc.

What are some career advice and keys to success?
I think it goes back to positive thinking. Whatever your job is, look at it as something that brings you happiness and joy. Then, put all your happiness and joy into it and you will be a success. I think when it comes to sales, it is about finding a connection with people. No matter what happens in business, you are doing business with people so it's important to understand them, try to find a way to connect with them, find some commonality and, obviously, always do what you say you're going to do. One of the things Rosalie told me is that in business you must always be honest. When you're honest and you tell people the truth, you will never have to remember what you said. We work in a very complex industry with a lot of moving parts. Sometimes there's bad news and sometimes there are things outside of your control. If you're upfront about it, most people are reasonable and will recognize that you're going to do whatever you can to address it.