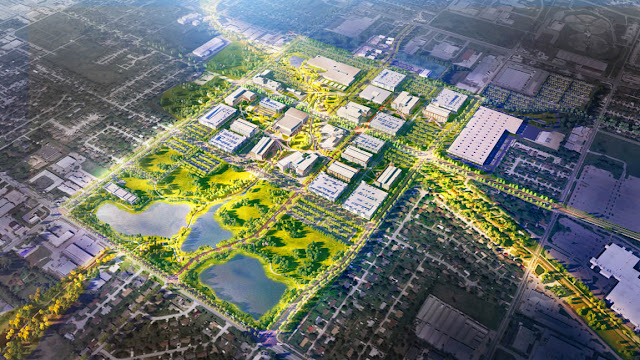 Walmart is investing in a brand-new campus, which the retail giant publicly announced today. The complex of buildings, set across 350 acres of native-seeded greenery in Bentonville, will create a new hub for 10,000 people on Walmart’s central office team.

Based on the early details, Walmart’s campus looks something like Nike’s, which opened in 1990 in Beaverton, Oregon, and features buildings dotted around a network of running trails. Likewise, the focus of Walmart’s new headquarters will be the vast green space outside its walls, intended to pull people outside, featuring hiking and biking trails that integrate directly into those within the area. “It’s meant to be open and invite the community and our neighbors to use the campus,” says Hatfield. READ ARTICLE